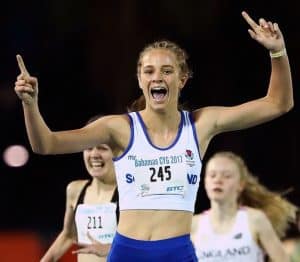 Erin in NASSAU, BAHAMAS at the Commonwealth Youth Games after crossing the finish line to win the Girls 1500m Final 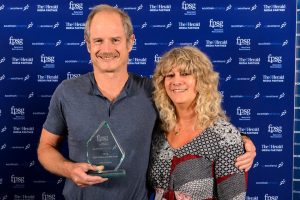 Sadly, Erin not able to be present at the Awards Night and so it was delighted parents Allison and Gordon who stepped up to do the Honours.

Southsider Erin earned her accolade with a stellar year that included topping the UK rankings for 1500 metres and a fine seventh place having made the 1500 final in the World Youth Championships in Finland. She was also second in the England Athletics U20 Championships. All consolidating a 2017 that saw her win the Commonwealth Youth Games 1500 metre crown and emerge as an international triathlete.

Giffnock North AC were nominees for the 2018 Off Track Club of the Year prize, which on the night went to up-and-coming Garscube Harriers. 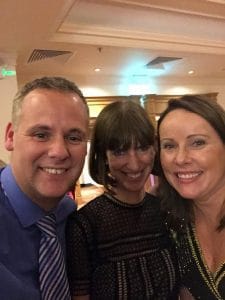 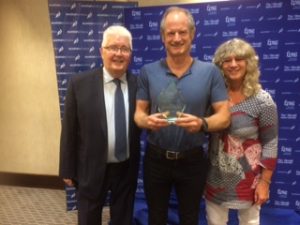 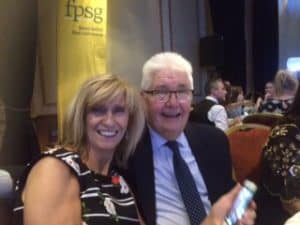 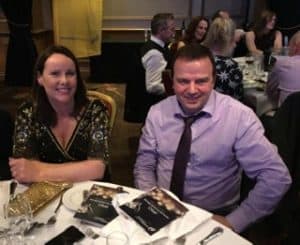 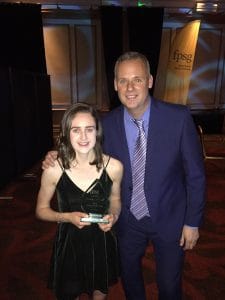 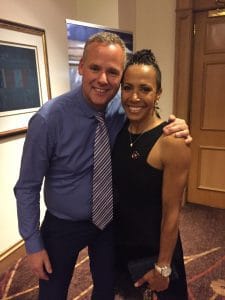 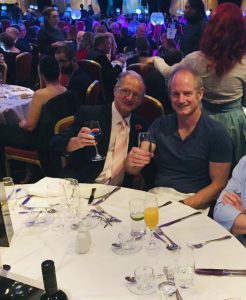 Several of the Club Coaches and Board members were also delighted to attend the night and Symon Lipp added a few more to his collection of Celebrity Athlete Photos. 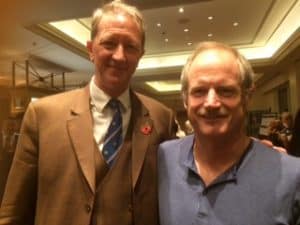 Gordon, Erin’s dad was rewarded with a photo with one of his athletics heroes from the past High Jumper Geoff Parsons who was being inducted with other very notable athletes, including Lee McConnell, into the Scottish Athletics Hall of Fame
Photos from Bobby Gavin , Scottish Athletics and Club members Reporting from Croy Thomson and others