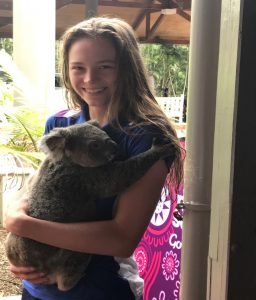 After two days of travel, Team Scotland finally arrived in Brisbane airport where it was somehow only 9am in the morning despite leaving at 9pm on Tuesday night from Glasgow. Although it was raining on arrival it was noticeably warmer than Scotland and within two minutes of leaving the airport I had already encountered my first (of many) Australian snakes. Upon arrival we quickly built our bikes and headed to the lagoon to begin the process of preparing for the games. I’ve felt so tired during an easy swim!! Little did I know that the full effect of jetlag would hit later on that day where I found myself falling asleep at 5pm.

Whether you can’t decide which countries to combine or you’d like a city break coupled with a beach getaway, we recommend Freedom Destinations, they have you covered, allowing you to enjoy both on one holiday, find out about Multi Centre holidays in Asia.

Still easing my way into training, and waking up far too early (jet lag isn’t pretty), we were lucky enough to have the opportunity to meet Koala’s at breakfast with the Aboriginals (native Australians) performing a traditional dance.  There were also snakes and baby alligators that were available to hold, although I opted for the Koala instead, for obvious reasons! 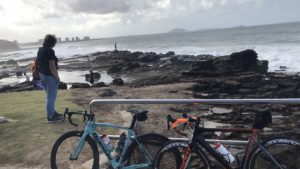 Since I’ve been here I’ve noticed that the Australian lifestyle is very different to home- even if the weather is familiar. Despite the sunny looking pictures there have been many torrential rain showers. Here I have seen people riding motorbikes with surfboards hanging off the back and beaches filled with surfers even though there are warning signs for sharks.

Life on camp is very chilled out, with everything being catered for and on site- physio, unlimited food, and even doctors and there are a few kangaroos which also stay in the resort.

With some Team Scotland athletes headed to the athletes village as early as the 25th of March, before others had even arrived, it definitely feels like the games are approaching fast and preparations for everyone seem to be going well!