It was a great trip to Gothenburg and a fantastic opportunity for the young athletes of Giffnock North A.C. to compete in the very impressive Ullevi stadium. We headed off to Glasgow airport on Thursday the 27 June at approximately 9.15 for our fight to Heathrow. Unfortunately, there was a slight delay in taking off and we then had a delay in landing so it meant we only had about half an hour in the terminal before heading to the gate for our onward flight from Heathrow to Gothenburg. 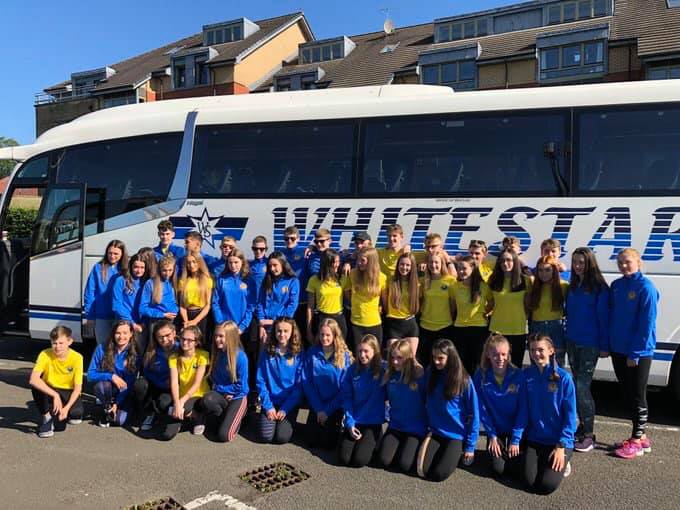 On arrival at Gothenburg airport we collected all our bag’s and boarded the bus for the half hour trip into the city center where we quickly located our hotel and after checking everyone in, we headed to the restaurant for our evening meal, then a bit of relaxation before heading off to bed as the competition started early on Friday morning. Those athletes who were not competing on the

Friday either went on a boat trip around the canals & harbour or went to the very good theme park, which was only a 10-minute walk from the stadium. As you can imagine these trips proved very successful with both athletes and coaches alike and were replicated on the Saturday & Sunday so that all the athletes had a bit of relaxation when not competing. 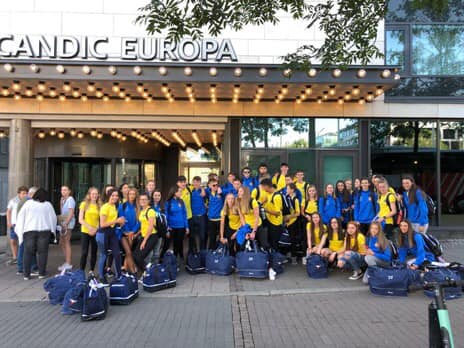 While in Gothenburg we were also blessed with good sunny weather over the three days. Which was ideal for the sprinters but not so pleasant for those running over 800m’s as it was very hot at times. There was a lot of laughs along the way and everyone seemed to have a great time. However, when it came to competing the athletes really raised their game and gave it their all, (despite a few nerves) and the foregoing reflects just how successful they were. The team spirit was also great to witness as the athletes really got right behind one another when they were competing and I’m sure their encouragement was greatly appreciated by those who were competing.

It was a very well planned and organized trip and a huge vote of thanks is due to Jackie Alexander, the organizing & sponsorship committees, Pia Kilpatrick and all the coaches who put a lot of time and effort into ensuring the kids had a lot of laughs, and a lasting experience but also ensured they were able to perform at their very best when it came to competing. The athletes were also a great credit to the club and their parents.

In total 29 athletes achieved PB’s with 14 of them actually each obtaining 2 PB’s for their two events. A full set of results are also available at http://trackandfield.se/resultat/2019/190629.htm