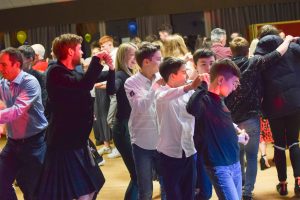 On Saturday night, Carmichael Hall was once again the venue to celebrate all of our Giffnock North athlete’s successes throughout the year with our annual awards night.

Athletes and coaches of all age groups joined forces to acknowledge all the hard work put in during the season. Bernie Campbell was on hand to reward his seniors with various awards such as the sought after club championship plaque. Michael Cross won that for the senior men for the second year in a row, with Jill Smylie and Yvonne McNairn sharing the spoils with their joint victory.

For the juniors, Team GB athlete, Nikki Manson our Scottish Record Holder High  Jumper was there to present several prizes. This time once again highlighting the national success of many athletes and their coaches at the club. 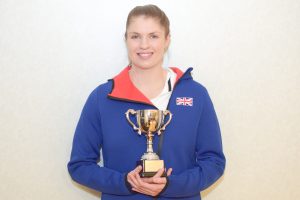 For the u20 males, this was split three ways between Hamish Armitt, Fraser Angus and Alessandro Schenini.  Erin Wallace taking the u20 female award.

Of course, as fitting to Burns night, everyone was able to loosen up and enjoy a ceilidh with music from the fantastic Clamjafrie. After outstanding efforts throughout the year, as well as on the dance-floor, I’d say everyone deserved their helping of fish, chips and pakora on the night!

Grateful thanks to Dawn Armitt for her brilliant organisation of the night , to Dudley Walker , MC who did his usual great job of guiding the proceedings, Graham Dunn for all his input with National Title Certificates and to James Turnbull for the photos of the night.

Also a massive thanks to Nikki Manson for taking the time to come along and present the prizes.