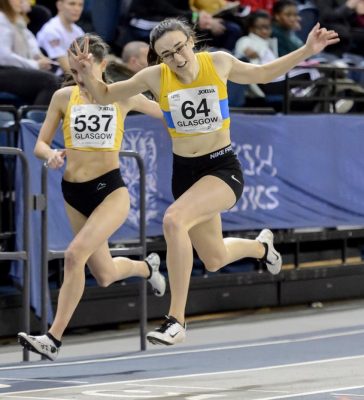 Congratulations to under 17 sprinter Alyson Bell who has been invited to compete in the Müller Senior British Athletics Championships.

Following on from Alyson’s very successful season as a first year under 17, winning a total of seven National & School titles she got off to a great start in her second year by picking up another 3 National & School titles indoors and she broke the Scottish record for the 60m indoors in a new time of 7.57. Needless to say her achievements have not gone un-noticed and they have earned her an invite, which she has gratefully accepted to compete in the 100m at the Müller British Athletics Championships at Manchester Regional Arena on 4th and 5th September 2020.

Other Giffnock athletes invited to the championhsips are Erin Wallace, Neil Gourley and Nikki Manson.   Good luck to all.