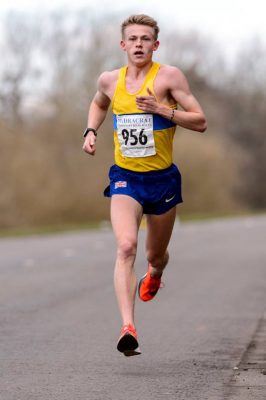 As many of you will know, in June of 2019, Giffnock North and Great Britain athlete, Luke Traynor, was given a two-year suspension and banned from all competition following a positive test for a recreational drug during a routine out of competition test.

This last week, UK Athletics, following a change in the rules from the World Anti-Doping Authority (WADA), have downgraded his original two-year ban to three months.

The reduction in Luke’s ban has come about from WADA’s decision to significantly reduce its sanctions for illegal drugs that do not have a performance-enhancing effect.

After careful consideration the club felt it was important to comment on this matter in the hope that it serves to educate all our members, and in particular our younger athletes, on the dangers and risks of taking illegal drugs.

While we do not wish to minimise the seriousness of Luke’s mistake, it is important to draw the distinction that Luke was not caught cheating through the use of performance enhancing drugs (PEDs). PEDs are a blight on our sport and rob honest athletes of the chance to realise their full potential. PEDs have no place in athletics or any sport.

Luke has been with the club since 2008 and over the years has regularly assisted in coaching many of our young athletes. Despite him going on to represent Great Britain and compete at the highest levels of the sport, he has continued to come back to the club and make time to work with and inspire our next generation of young athletes.

It was therefore all the more surprising and disappointing when the club learned of this incident.

Luke realises that this uncharacteristic lapse in judgement was an extremely serious matter and has shown real contrition since this matter was brought to light.

When approached, he was keen to speak to the club in the hope that others can learn from his mistake.

“I am relieved that this episode is now behind me and intend to move forward with the lessons learned. This was a life changing mistake and something that I will always carry.   I want to take this opportunity to make another apology to those that have supported me at any stage of my career. I understand that this apology will only be meaningful with the correct actions and so I intend to honour this.

Finally, I now wish to make it clear that I intend to return to athletics and try to continue where I left off in a healthy manner.”

Commenting on behalf of the club, Coach, Dudley Walker, said:

“Like everyone in the club, I was obviously bitterly disappointed when I heard the news. I have known and worked with Luke since he was a young boy. Throughout his many years with the club, he has always been a bright, hard-working and dedicated individual, as well as a great teammate and friend to many in the club. Up until this incident Luke was quite simply a model athlete.

“Having spoken to him in the days and weeks that followed the news of his suspension, I have seen first-hand how disappointed and angry he is at himself. He clearly understands how serious and costly a mistake this was, and has had to learn that lesson the hard way.

“I am confident that this was a momentary and uncharacteristic lapse in judgement from an otherwise honest and dedicated athlete. Nonetheless, I hope this situation can serve as a valuable lesson to all our young athletes on the dangers of drug abuse and how  even a single mistake can have extremely serious consequences.

“Luke is a young man who has made a serious mistake, but who has also paid an enormous emotional toll. Under the circumstances I feel he deserves a second chance. Following this week’s announcement, I am keen we as a club continue to support him in his return to top flight athletics.”

All the  very best to Luke in his renewed quest to realise his talent, from Giffnock North.