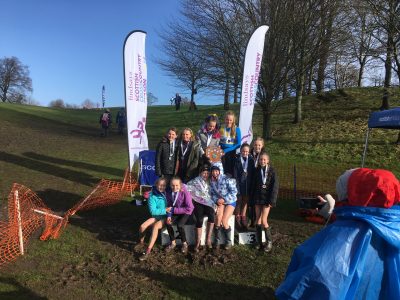 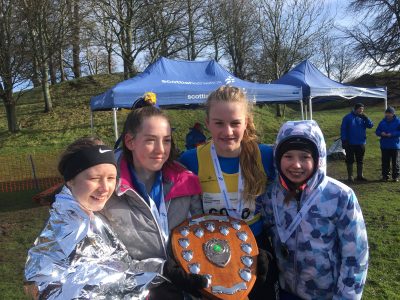 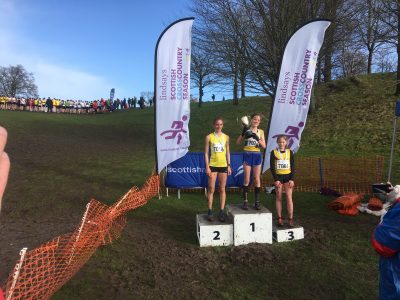 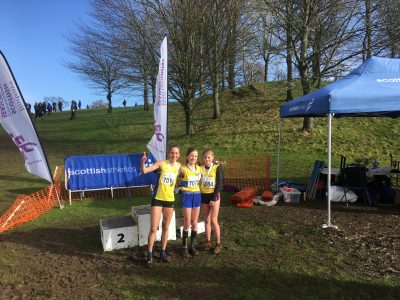 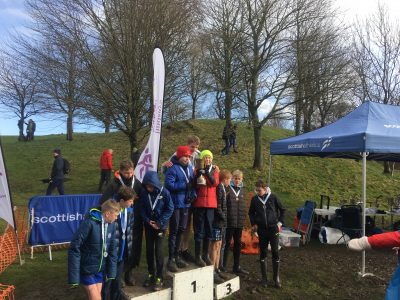 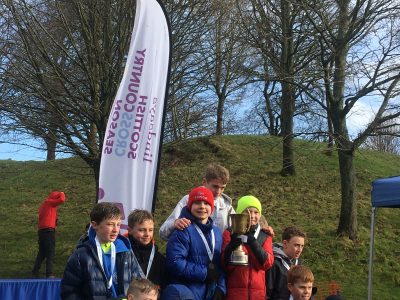 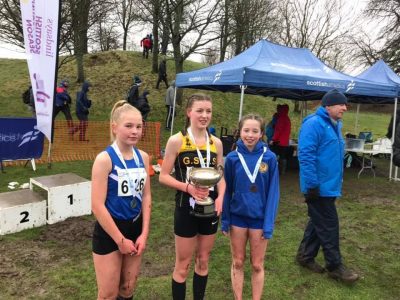 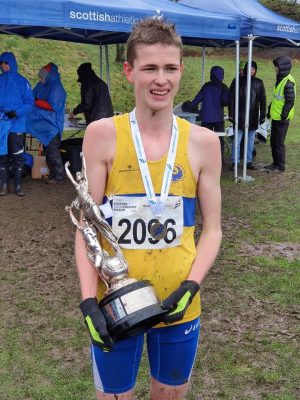 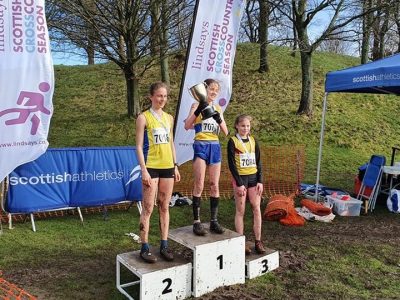 Report by Croy Thomson
FOUR SEASONS in one day, and four team crowns to match, plus two team bronzes, three individual titles and an individual bronze, combined to make this another stellar day in Giffnock North’s cross country history books.
The Under 13 girls ploughed through 3.1k to the club’s 14th victory in this category, Freya Campbell at the sharp end throughout, taking individual Bronze & leading Katy Donnelly, Amber Wade and Hazel O’Donoghue to team gold.
The irrepressible Craig Shennan finally nailed the major win he has so often and so narrowly been denied in the past, taking the U13 Boys’ crown over 3.1k. Craig was more than ably backed by Alasdair Nugent, Cameron Harris and Oliver Bryers, to bring home the second team gold of the day.
Over 4k the U15 Girls brought home the club’s eighth consecutive team title in the age group. Hannah Ryding powered to first place, and returned to the top of the podium with team-mates Valencia Wright, Kate Paul and Isla Scott for team gold.
Reuben Macdonald delivered a scintillating finish to win the U15 Boys’ crown, going from fourth on the last hill to lead in the last 100 metres. Cameron Deverill, Hugh Sheils and Alex Robin combined to clinch team gold.
The U17 teams both won bronze, the honours going to Harris Paterson, Blayne Wright, Ross O’Brien, Jacob Luc; Julia Cash led home Zöe Flower and Charlie Frew.
Thunder and lightning, hail, rain, chilling high winds and even sunshine provided a suitably dramatic backdrop to a memorable performance from all our youngsters. Thanks as ever to the parents, pals, coaches, officials and course setters who did an admirable job in challenging conditions.
Thanks Croy for Report on a busy weekend for Giffnock North .
photos from Coaches Parents & Featured image courtesy of Bobby Gavin