GIffnock North AC was originally a section of Giffnock North Amateur Athletic Club which was founded as a football club in 1943 and embraced many sports, not least the Athletics Section. The “Running Section” as it was originally known was formed during the marathon boom in 1982 and was predominantly a road running club. In 1990, to preserve the long-term future of the club, a junior section was introduced. The emphasis from a road, to a track and field club, resulted in a section name change from ‘Running’ to ‘Athletic’ and has been the cornerstone of our success to date. Current memberships stands in the region of 160 seniors and nearly 600 juniors.  In April 2017, with a view to expanding its facilities, the club moved its base to GHA Rugby Club.

Road, hill and cross country running is catered for with entry to events nationwide including County, District and National and UK Championships covering all age groups, under 11, 13, 15, 17, 20, senior & veteran categories covering both sexes.

The club currently holds various titles, individual and team from County to National level, most of which can be attributed to the astonishing success of the Junior Section. Numerous Giffnock North athletes have represented Renfrewshire, the West District, Scotland and GB on many occasions. Recently we have had athletes competing at the European championships, Junior Commonwealth Games, the Commonwealth Games and the World Cross Country Championships. Many of our athletes also feature prominently in the Scottish and UK rankings. Some of our endurance seniors can also be found participating in marathons throughout the world. 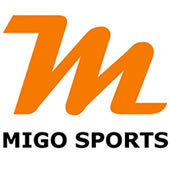