THE SUN shone, the rain stayed away and our squads stormed to medals across masters, senior and junior categories at the always hotly contested West District Cross Country Relays in Kilmarnock.
First out of the traps were the Junior Girls and the lightning-fast start by Hazel O’Donoghue set the tone for the rest of the day. Hazel’s team-mates Kirsty Wylie (U15) and Miriam Gilbride (U17) eventually came home sixth, backing up the gritty A team performance of Katy Donnelly, Kate Paul and Zoe Flower, who earned silver behind an impressive Glasgow School of Sport trio. 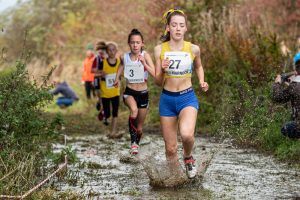 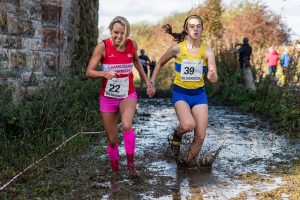 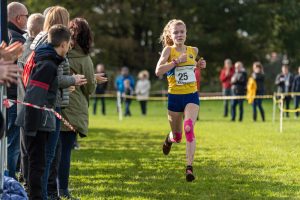 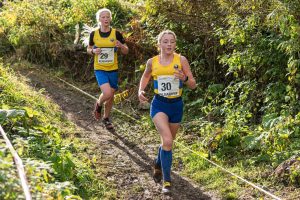 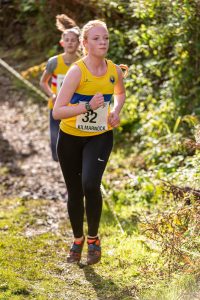 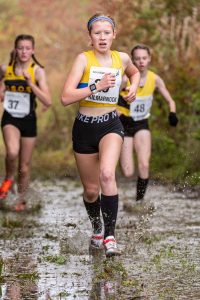 Suitably inspired, our boys set about the flat(tish), twisting 2.5k grassland challenge – not forgetting the plunge-pool under the railway bridge, the swamp at the cowpatty field gate and the gravel stretch beside the river – and delivered what has to be one of the club’s most memorable results. Craig Shennan, Reuben Macdonald and Harris Paterson raced in for gold faster than the commentator could keep pace with; Alasdair Nugent, Cameron Deverill and Ethan Carolan claimed second in fine style; Oliver Bryers, Alex Robin and Ross O’Brien ran down a strong, local outfit from Kilmarnock Harriers by two seconds to ensure the clean sweep and nine Giffnock North vests on the podium. For good measure our boys’ squads took fifth and seventh places. 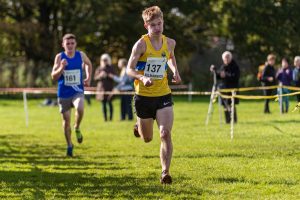 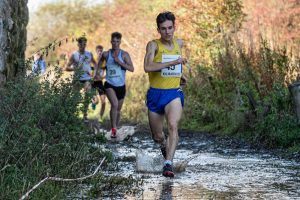 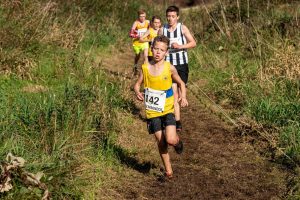 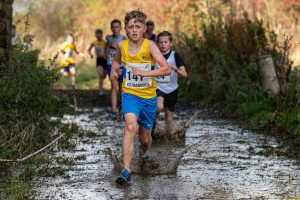 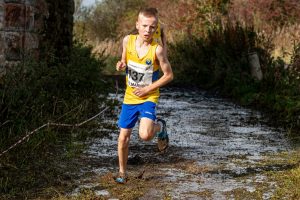 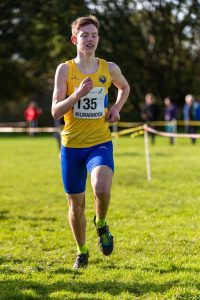 In the Senior Damsels’ Dash over 4k (there was a cheeky wee hill on this course, up-down-up-down-again, just to add to the scenic splendour) Rhona Mowat, JIll Smylie and Charlotte McKenna won silver behind a powerhouse Shettleston Harriers trio. 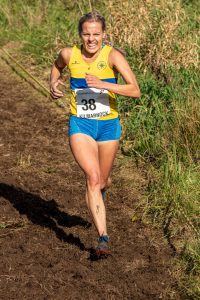 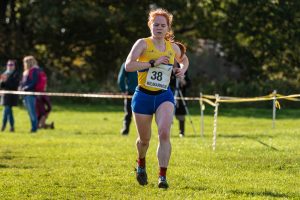 Katy Brown, Holly Still and Lynn McKenna fought their way into third, but ultimately had to settle for fourth a few seconds behind a very good VP Glasgow team.
Our Masters Ladies claimed seventh, with Shona Donnelly leading out Angela Carson and Stephanie Lillie; 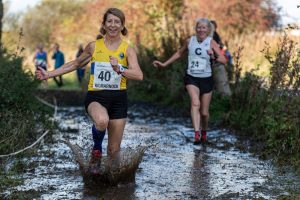 A young Senior Mens quartet of Nikolai Gajic, Jack Bell, Calum Young and Andrew Robertson landed a commendable tenth, up against some of the toughest teams in Scotland. 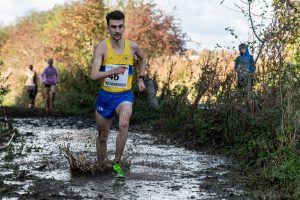 All in all, a tremendous turn out from the club – including over sixty youngsters – with results to match. Let’s also applaud bigly for Oliver Traynor, and his magnificent, gold-medal Empire Biscuits and Chocolate Brownies, what do you mean you didn’t get any, oh that’s a shame I only had three Empires, honest.
Thanks to the organisers and officials, host club Kilmarnock Harriers, the course setters, playlist choosers, the commentator who did a splendid job keeping any sort of track of what was going on, the coaches, parents, fans and the bus driver who provided a door-to-door service for two grateful athletes. Onwards.
Thanks Croy !
Most of these Photos courtesy of Bobby Gavin & Scottish Athletics